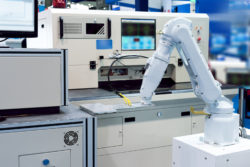 UCLA engineer calls for mitigation of biases of medical devices

“The industry and regulators are aware of the risk of bias in several respects. Last year, FDA and Philips warned that social biases in the data used to train artificial intelligence and machine learning systems could negatively impact patient care. FDA is also reviewing how skin pigmentation affects the results of pulse oximeters, after a New England Journal of Medicine analysis revived long-running concerns in reporting that “Black patients had nearly three times the frequency of occult hypoxemia that was not detected by pulse oximetry as White patients.” 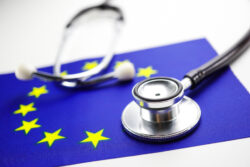 EU MDR delay has not made new rules easier to stomach: exec poll

“The survey comes nearly one year after the delayed implementation of the MDR as Europe and industry were dealing with the challenges of the coronavirus pandemic. Even with the delay, concerns abound over the effects the pandemic is causing as the implementation deadline approaches, such as the lack of in-person audits and countries’ differing opinions around virtual audits.The MDR is now scheduled to take effect May 26.” 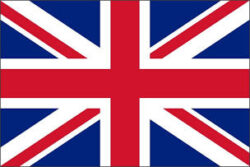 10 Actions To Prepare For The U.K. Conformity Assessment Process

“As medical device businesses work on complying with the EU’s Medical Device Regulation and In Vitro Diagnostic Regulation, they must now also turn their attention to changing regulatory rules in the U.K. The transition to the U.K.’s new regulatory regime has officially begun as of Jan. 1, 2021. All medical devices on the U.K. market must be registered with the Medicines and Healthcare products Regulatory Agency (MHRA), including CE marked and U.K. Conformity Assessed (UKCA) marked devices, though there are grace periods for this initial registration based on the risk classification of a device.” 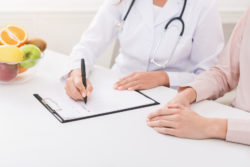 “The ICH E6 Good Clinical Practice (GCP) Guideline is widely used by clinical trial researchers beyond the membership and regional representation of ICH itself and has a significant impact on trial participants and patients. Acknowledging the wide and substantial impact of ICH E6, the ICH Management Committee is making available a draft, work-in-progress version of the updated principles that are currently under development by the ICH E6(R3) Expert Working Group (EWG). The principles are interdependent and should be considered in their totality to assure ethical trial conduct, participant safety, and reliable results of clinical trials.”

“The methods for evaluating high-risk medical devices are set to be reviewed in the EU-funded CORE-MD project, which holds its kick-off meeting today. The project launch comes as new EU medical device regulations come into force on 26 May 2021, increasing the requirements for clinical evidence on high-risk medical devices. However, there are no specific EU recommendations on the design and conduct of trials for high-risk devices. In addition, medical device developers have expressed concerns that the new rules may inhibit innovation and delay market access. More than 50% of high-risk implantable medical devices in Europe are used in cardiology and orthopaedics – such as heart valves and hip replacements – and CORE-MD will focus primarily on these areas. The three-year project begins with a systematic review of methodologies used in clinical trials to evaluate high-risk medical devices, including statistical methods and the utility of patient-reported outcomes for regulatory decisions.”

“As part of efforts to prepare for the continued rise in data-rich applications and to help fill the gap separating scientific advances and new therapies, the US Food and Drug Administration (FDA) on Wednesday unveiled its Technology Modernization Action Plan (TMAP). Near-term modernization in computer hardware and software technologies are the focus of FDA’s TMAP, which offers a broad overview of how the agency needs to adapt. For instance, the TMAP report notes that FDA will need to have a technical infrastructure that can accept, evaluate and analyze novel sources of data (e.g., real-world data) and apply that data to regulatory decision making over the next several years.” 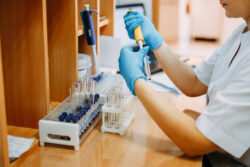 “Drugmakers are using technology to increase access to drug clinical trials and make them more equitable, The Wall Street Journal reported March 28. Minorities are often underrepresented in drug clinical trials, which means scientists are less aware of how drugs affect people of various races differently, according to the Journal. Cancer patients of different races may respond differently to a drug because of genetic differences in their tumors or differences in the way they metabolize the drug, Jonathon Loree, MD, a medical oncologist at BC Cancer in British Columbia, Canada, told the Journal. Underrepresented trials also make it hard to assess a drug’s risks and benefits for all patients. Technology makes it possible for pharmaceutical researchers to recruit people from more diverse communities for trials.Wearable devices and telemedicine allow patients to participate in trials from their homes, giving access to people without reliable transportation, the Journal reported.” 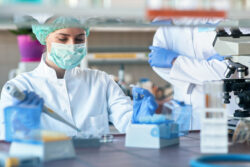 “Where will biopharmaceutical research head once the pandemic abates? This week, the Milken Institute assembled leaders from federal agencies, nonprofit organizations, and the pharmaceutical industry for an hour-long discussion to answer the question of whether there may be post-pandemic silver linings for biomedical innovation. Though some things were done right, some things could have been done better, said Janet Woodcock, MD, acting commissioner of the US Food and Drug Administration. Woodcock cited a recently published Nature Reviews study she co-authored that examined the COVID-19 clinical trial landscape.”

“The COVID-19 pandemic tested the resilience of supply chains. The medical device industry was no exception. The pandemic has disrupted everything from supply and demand to shipping and workplace capacity. Medical device companies have experienced delays within their facilities, and the disruption has affected their ability to serve their customers as well as their relationships with suppliers. The pandemic also exposed that many in the industry have poor visibility into the entire supply chain and don’t have sufficient alternative suppliers in place if and when suppliers have to shut down.”

“As part of efforts to prepare for the continued rise in data-rich applications and to help fill the gap separating scientific advances and new therapies, the US Food and Drug Administration (FDA) on Wednesday unveiled its Technology Modernization Action Plan (TMAP). Near-term modernization in computer hardware and software technologies are the focus of FDA’s TMAP, which offers a broad overview of how the agency needs to adapt. For instance, the TMAP report notes that FDA will need to have a technical infrastructure that can accept, evaluate and analyze novel sources of data (e.g., real-world data) and apply that data to regulatory decision making over the next several years.”

“The document underwent many changes between being introduced in February 2020 and finalized a year later. Notable amendments include the addition of a section mandating the creation of a patient safety commissioner and stipulations on when U.K. authorities can share information with foreign entities. In the medical device section, the big change is the addition of a new chapter on the establishment of information systems relating to post-market safety and performance, the safety of individuals and the improvement of “safety and performance through advances in technology. Another part of the new chapter states officials may require information to be provided to the Health and Social Care Information Centre. The requirements apply “to any person who provides services, or exercises any powers or duties, relating to medical devices.” 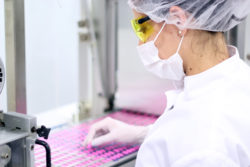 President Joe Biden today plans to sign an executive order for a comprehensive review of U.S. supply chains for active pharmaceutical ingredients (APIs) and other products. The order includes an immediate 100-day review across federal agencies to address vulnerabilities in the supply chains related to APIs and three other key products — critical minerals, semiconductors and advanced packaging, and large-capacity batteries. There are also plans for a more in-depth one-year review of a broader set of U.S. supply chains, including those supporting defense, public health and biological preparedness, information and communications technology (ICT), the energy sector, transportation and, and agricultural commodities and food production.

“Pfizer, Moderna and Johnson & Johnson execs say they’re working all the angles on increasing COVID-19 vaccine production and expect to amp up weekly deliveries by tens of millions by the end of March. Pfizer, which has been shipping 4 million to 5 million doses per week, plans to increase that to 13 million a week by mid-March, according to executive testimony planned for Tuesday morning’s hearing before the House Energy and Commerce Committee’s oversight arm. J&J, which reportedly had just 2 million doses in stock last week, should be able to ship 20 million by March 31—provided it wins FDA authorization as expected, Richard Nettles, M.D., vice president of U.S. medical affairs at Janssen’s infectious diseases and vaccines unit, said in his testimony. The shot is up for an FDA panel review later this week.”

2020 at FDA: A Year of Unparalleled Contributions to Public Health

“It has been a year like no other in recent memory for public health. At the U.S. Food and Drug Administration, much of our focus has been dominated by our response to the COVID-19 pandemic. We’ve continued to make important scientific progress, with each day bringing new knowledge and understanding of the SARS-CoV-2 virus and the disease it causes, leading to the issuance of Emergency Use Authorizations (EUA) for two vaccines, and to increased availability of testing and treatment options.  The efforts by FDA staff in response to the virus involved a significant increase in the agency’s workload. But throughout, our workforce continued to make unparalleled contributions and demonstrated unwavering commitment to our many essential public health responsibilities.“

“The US Food and Drug Administration (FDA) has finally published the details of its new Safer Technologies Program (STeP) for medical devices, which aims to expedite approval for products with significant safety benefits that aren’t eligible for its Breakthrough Devices Program. Medical Device Network takes a look at what the new rules mean for manufacturers. The US Food and Drug Administration (FDA) released final guidance last week about its new, voluntary Safer Technologies Program (STeP). Modelled after the Breakthrough Devices Program, STeP is targeted at medical devices and device-led combo products seeking premarket approval (PMA), 501(k) premarket notification or a De Novo classification request.” 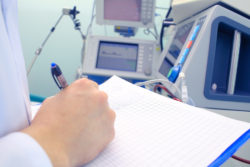 “Three strategic initiatives form the backbone of the regulatory science areas of focus for the US Food and Drug Administration in 2021, according to a new report. The Focus Areas of Regulatory Science (FARS) issued on Monday “outlines topics that the FDA has identified as needing continued targeted investment in regulatory science research to facilitate the development of innovative products, provide data and methodology to inform regulatory decision-making and improve guidance to sponsors,” according to FDA Chief Scientist Denise Hinton.” 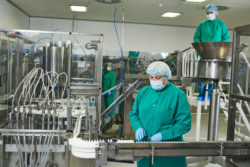 “Just hours after U.S. President Joe Biden was inaugurated, Janet Woodcock, M.D., officially took the reins at the FDA. She will service as acting commissioner in an anticipated appointment, taking over for Stephen Hahn, M.D., whose one-year tenure was marred by the COVID-19 pandemic and claims of political gamesmanship. Woodcock is a veteran at the FDA, heading the Center for Drug Evaluation and Research since 2008 and previously from 1994 to 2005, for a total 23 years as director. She served in the FDA commissioner’s office from 2005 until 2008 in several roles, including deputy commissioner, chief medical officer and chief operating officer. She most recently worked as part of Operation Warp Speed, overseeing COVID-19 therapy development.“

“Few government agencies were as front and center in the public eye last year as the Food and Drug Administration, which came under immense pressure to authorize unproven drugs as the world grappled with the pandemic and conducted high-stakes reviews of two coronavirus vaccines. As COVID-19 cases continue to soar in the U.S., most of those pressures haven’t gone away. But the inauguration next week of Joseph Biden as president will almost certainly bring new management to the agency, a change that can often result in policy shifts both subtle and far-reaching.”

Follow the PathWise YouTube channel for even more news and information! Watch below for this month’s news!